Akagera National Park is on the north-eastern edge of Rwanda. It is the largest National Park in Rwanda covering an area of 1,085 km. It borders Tanzania and incorporates the Kagera River , hence the name Akagera . The National Park was founded in 1934 to protect animals and vegetation in habitats: savannah, mountain and swamp.

The Akagera river, the most remote source of the Nile, along flows along the eastern part of the park and feeds many lakes, the largest being Lake Ihema. The labyrinth of lakes and and papyrus swamps follows the river’s course to make up over a third of the park. This is the largest protected park wetland in Central  Africa.

In 2010, the Rwanda Development Board and the African Parks Network agreed  to collaborate in the management of Akagera . Their aim is to make Akagera a world class National Park . Some planned expansion over the next five years includes the fencing of the entire reserve and to ensure bthe Big Five (lion, elephant, buffalo, leopard and rhinocerous) roam around the Park in large numbers.

In contrast to the cultivated hills and mountains of Rwanda Akagera is at a relatively lower altitude, the climate is moderately warmer and the area mostly low-lying savannah, with rolling plains of broad-leafed and acacia woodlands and grasslands. This open expansiveness is ideal for game viewing. 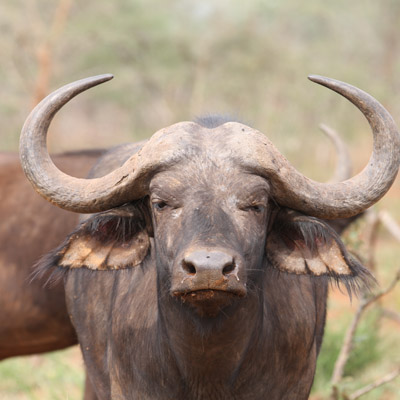 Visit Akagera and Volcanoes National Parks for a 5 Day Gorilla and wildlife experience.