Mgahinga national park derives its name from Gahinga a local word that means piles of volcanic stones cleared from farmlands at the foot of volcanoes. A range of volcanoes that rises down near the Rwandan border is home to mountain gorillas and golden monkeys on its forested slopes. Few people come to see the view, but those who do be rewarded with a window into the very soul of a nation.

Mgahinga Gorilla National Park at 33km2 is the smallest of the national parks in Uganda but of paramount ecological importance because of her rich bio diversity. She sits on the extreme south west corner of Uganda in the Virunga range; a combination of many extinct volcanic mountains (only two Nyiragongo 3,462m and Nyamuragira 3,063m are active) that spreads to a width beyond 80km into three countries; Uganda, Rwanda and DR Congo. Mgahinga stands at a high altitude of between 2,227m and 4,127m with sharp pointed tips kissing the clouds in the sky.  Three prominent forest covered extinct volcanic mountains stand out prominently and synonymous with the protected area; Gahinga, Sabinyo and Muhabura.
The steep and rugged sides of mountains  are covered in woodland rising to thick bamboo and afromontane zones at the tip of the mountains.  A combination of high altitude and thick forest vegetation cover leads to high rainfall amounts and very low temperatures that greatly support continuous plant growth through the year. These conditions are favourable for lots of mammals, birds and other species survival most notable the primates; Mountain gorillas which are highly endangered and a very rare Golden monkey species that is found nowhere else in East Africa apart from Virunga range.
Safaris to Mgahinga rotate about taking hikes into the mountains to trek Mountain gorillas, Golden monkeys, bird watching and a highly rewarding scenic viewing. Atop the Gahinga (3,474m) is a 180m diameter crater swamp with very beautiful vegetation while there is a 36m diameter crater lake on the summit of Muhabura (4,127m).
Another highly rewarding activity is the cultural walk into the indigenous peoples’ homesteads; the Batwa who are a short people former forest dwellers who were fruit and root tuber gatherers, hunters and fishing people. Their entire livelihood depended on the forests and had not business with life outside forests. Take a keen look into their livelihoods and discover the hidden secrets how they have lived sustainably with the wildlife their entire lifetime.

With only 34 km2, Mgahinga is Uganda’s smallest national park. The park is stunningly lovely. Mgahinga is at the edge of Uganda’s wilderness experiences, behind the striking volcanic skyline, in front of Bwindi Impenetrable Forest, and to the left of Mutanda and Bunyonyi, lakes so beautiful you wonder why more people don’t know about them.

A sizable population of golden monkeys, which are unique to this region of Uganda, is supported by the montane-woodland, montane-forest, and sizable area of bamboo forests. The only habituated mountain gorilla family outside of Bwindi lives there as well—the Nyakagezi family.

Mgahinga was previously utilized as a “overflow” location for gorilla tracking trips from Bwindi, but this has altered for two reasons. The first is that because Rwandan gorilla permits now cost $1,500 per person, more people are visiting Rwanda and then scurrying across the border to Mgahinga, where treks are only $700 per person (at time of writing). The beauty of Mgahinga as a destination is the second justification. You may spend a week in the extreme southwest of Uganda and save the rest of the country for a subsequent trip because it is so near to Mutanda and Bunyonyi lakes.

Mgahinga is a fantastic general trekking location in addition to gorilla treks and golden monkey excursions, both for standard visits and the extended habituation adventures. All three of the mountains reachable from Uganda: Gahinga, Sabyinyo, and Muhabura, provide strenuous guided day treks to their summits. 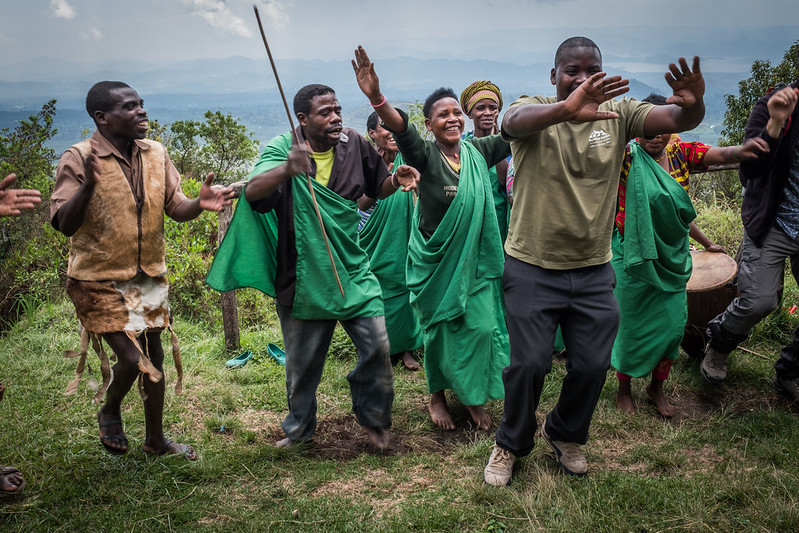 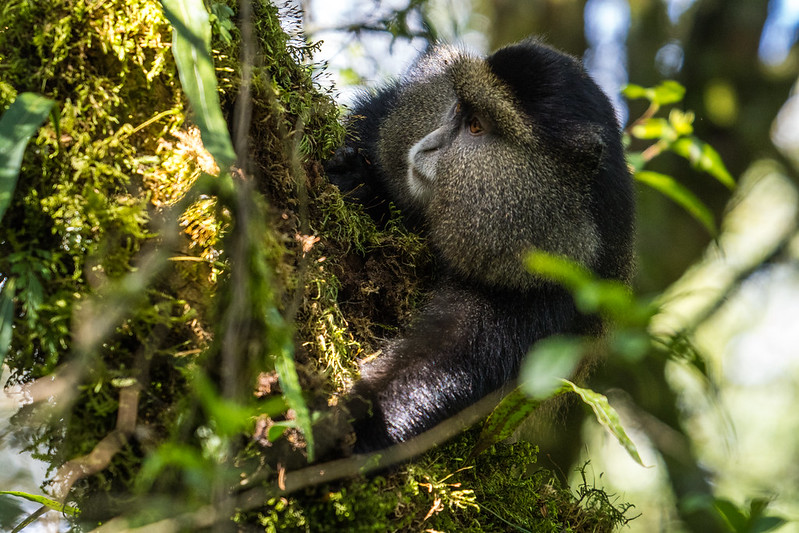 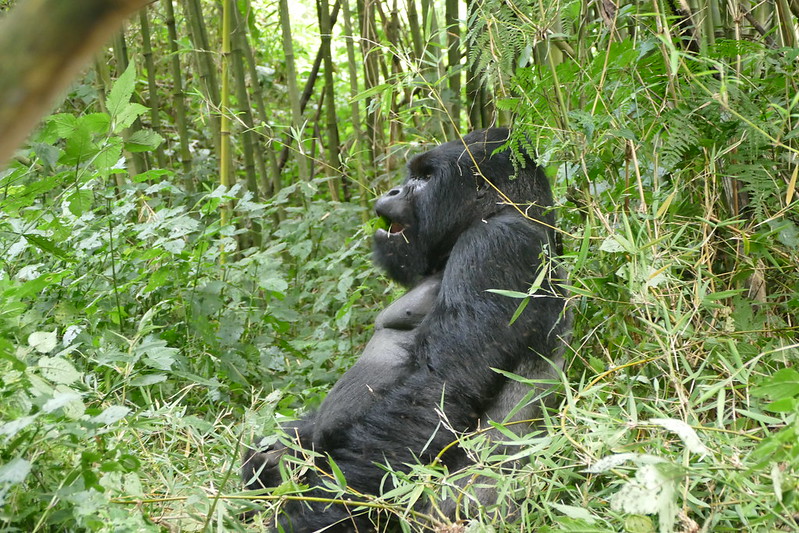 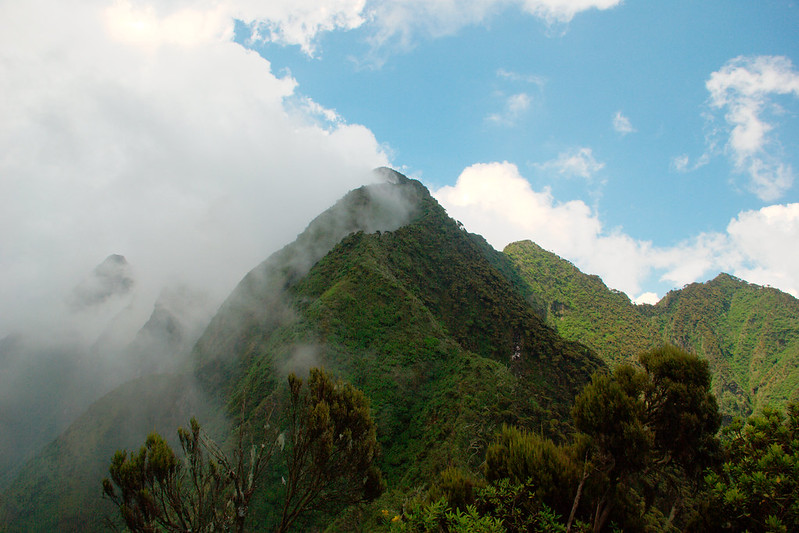 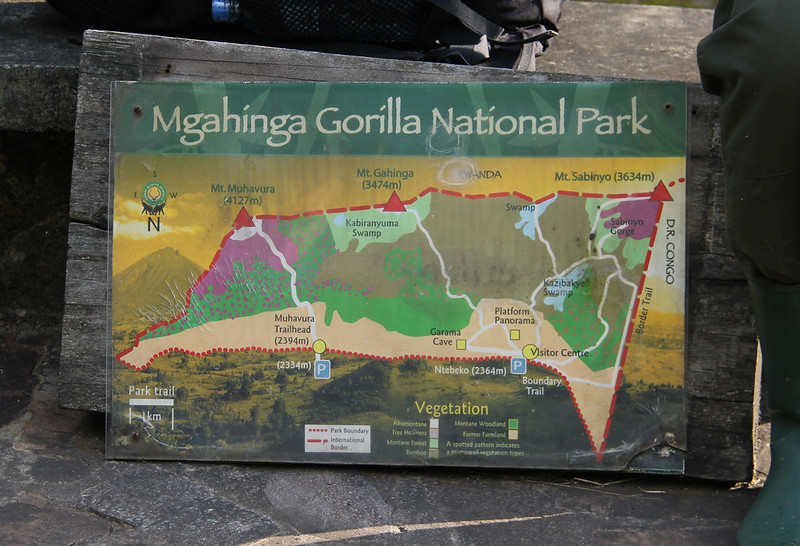 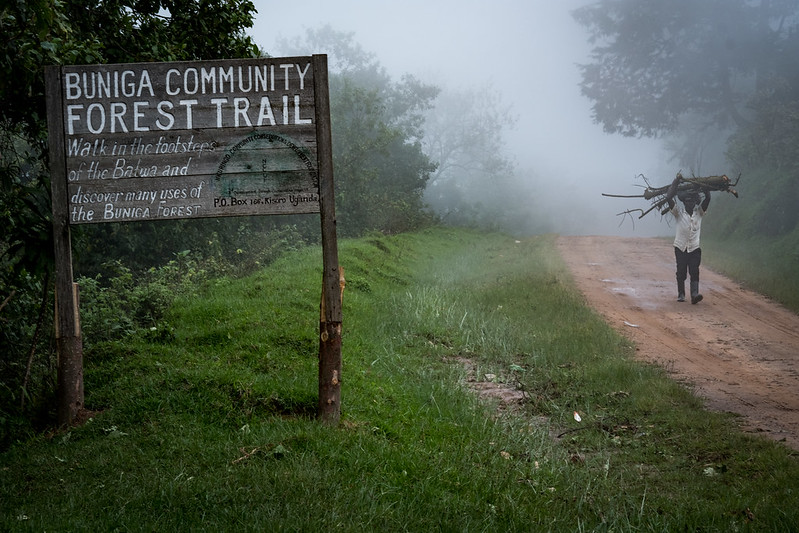 Things To Do In Mgahinga National Park

The gorilla trekking process in Mgahinga is similar to that in Bwindi. Around nine in the morning, treks start. The distance you must travel to reach the gorilla family will determine how long the expedition will take. The hour-long encounter takes place at a distance of roughly 7 meters from the gorillas. You return to Park HQ through the forest when the hour has passed, typically arriving there by early afternoon.

There is only one family that has been accustomed to making contact in Mgahinga, despite the fact that gorilla families frequently cross the border from Rwanda to Uganda. The group, known as the Nyakagazi group, consists of three baby gorillas, two adult females, and five silverbacks.

After being attacked by a lone silverback in 2004, the family spent the majority of their time on the Rwandan side of the border during that time. They have, however, consistently been present on the Ugandan side since 2012. The Ugandan Wildlife Authority has promised to transfer the treks to Bwindi or refund the money if they move again after permits have been purchased. The treks to see the gorillas in Mgahinga can be difficult and demanding, just like in Bwindi. You must be emotionally and physically prepared, as well as appropriately dressed. If you get that right, you’ll have one of the most unforgettable animal encounters ever.

Before the area on which mgahinga gorilla national park was set aside for the purpose of being a gorilla national park, the Batwa or African pygmies lived and thrived in these forests and mountains as hunter gatherers. They were later displaced but some of them still live around the park to participate in the tourism industry as porters and guides. They are also entitled to a portion of the tourism proceeds and a tip for their guide services will be welcome.

A Batwa trail experience is an activity that takes you through their history and transition over time. The Garama Cave, a very sacred piece of Batwa history is a good place to start. It is in this cave that they were able to hide from Bantu invasion many years back. The ease with which they bustle through the forest and glide uphill is awe striking and a reminder that east or west, home is best to the Batwa.

The Batwa Trail Day Walk Through: The walk is conducted by Batwa guides who provide insights into their traditional forest life and culture. The Batwa demonstrate their past hunting techniques; ways of gathering honey. The guides will point out the medicinal plants that were used and demonstrate how to make bamboo cups. Guests are finally invited to the sacred Ngarama Cave, once home to the Batwa King. The women of the community perform a cultural dance and you can participate in their dance.

There are excellent guided walking trails that take you quite far up the mountains that are accessible for people staying in Mgahinga for longer than a few nights. Every day at around 7:30, the treks start, and depending on the participants’ fitness and interest, they can last anywhere from 7 to 9 hours. The 1,100-meter ascent from the park gate to Gahinga’s peak is the quickest path. It takes eight hours to complete the round trip 1,300-meter climb to reach Sabyinyo’s peak. Climbers should be aware that the final ascent to the peak involves climbing a ladder up three successive rock faces. The Muhabura Peak’s 4,127m summit is the highest climb. After ascending 1,793m from the trailhead, hikers should watch out for signs of high altitude sickness. The journey requires grit and perseverance as you trudge across Afro-montane moorland, even though there are no rock cliffs to negotiate.

Large, curious, and cheeky old world monkeys known as “golden monkeys” can be seen in the bamboo zone of the Virunga Volcanoes. Their black limbs, crown, and tail-end contrast sharply with their bright orange-gold body, cheeks, and tail.

In search of food, the monkeys roam the bamboo forest. They don’t stop their foraging or fun activities because they are accustomed to seeing humans.

The hike, which is strenuous but typically not as difficult as tracking gorillas, is found above 2,500 meters. Both the basic walk with an hour of interaction and the habituation trek, where you spend significantly more time on the mountain with the research team, are options.

Other Things To Know About Mgahinga Gorilla National Park

The Virunga Massif includes the peaks of the extinct volcanoes known as Mgahinga. There are elevations between 2,227m and 4,127m above sea level. The 34km2 park was established in 1991 and has been a Game Sanctuary since 1930.

Even though the park is small and much of the original Afro-montane forest has been cleared for farming, the biodiversity is still strong.

There are 76 known species of mammals. The mountain gorilla and the golden monkey are the two most endearing of these. A single habituated gorilla family travels between Uganda and Rwanda, but several others do not.

About 60 of the 3,000–4,000 golden monkeys, a playful and distinctive species found exclusively in the Virunga’s, have become accustomed to human contact in Mgahinga. The black-fronted duiker, leopard, elephant, giant forest hog, bushpig, and buffalo are further noteworthy species.

When To Visit Mgahinga National Park.

You should always prepare for rain when visiting Uganda because of its equatorial location and climate that is becoming more unpredictable. The wettest months, however, are often from the middle of March to the end of May and subsequently from the end of September to the beginning of November. The rains from March to May are frequently brief, but those from September to November are more frequently characterized by hours of gentle drizzle. Any time of year can be used to track gorillas, although it is more difficult when the trails are mudslides and the water is streaming down your neck and soaking you. Therefore, the drier months of June through mid-September as well as December, January, and February are the busiest for tracking gorillas. However, There is something thrilling about sitting, mud-covered and careless during rainy season among a bunch of gorillas, feeling like the only people in the bush, and permits are easier to obtain at short notice.

The opulent Mount Gahinga Lodge is the sole tourist lodge now operating in Mgahinga. The lodge, which is a stylish and cozy alternative close to the park gate, is a sister property of Volcanoes, Bwindi National parks and Kyambura Gorge.

Beautiful gardens attract wildlife to your door. When the park was gazetted, the indigenous Batwa people was forced out of the jungles, and the lodge has done amazing work helping them.

To help the Batwa integrate with the surrounding populations, they have erected a village, started a vocational training center, started a dancing troupe, and developed a cultural center.

Further out, hotels like Chameleon Hill on Lake Mutanda and Bird’s Nest on Lake Bunyonyi provide access to Mgahinga.

Getting to Mgahinga National Park

The village of Kisoro, which serves as the gateway to southern Bwindi, is located 14 kilometers from Mgahinga.

The best way to travel to Kisoro is via an organized flight in a light aircraft from Entebbe. The average daily departure time is 90 minutes.

Alternatively, Kisoro may be reached by car from Entebbe/Kampala, which requires a 10-hour journey in one day, or from Lake Mburo National Park, which takes 5–6 hours.