THE BATWA IN UGANDA. 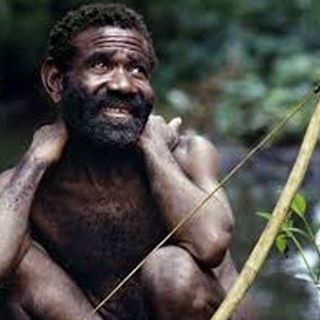 Also known as the ‘’Twa’’ people, the Batwa are one of the indigenous African pygmies who originally lived in Bwindi impenetrable and Mgahinga equatorial rainforests before gazetted as national parks thus regarded as the keepers of the forests. Like other pygmies, the Batwa people are at an average of about 1.5m in height.

The Batwa pygmies are some of the poorest people in the world with a low life time and high infant mortality rate. These people have existed for more than 60,000 years in the equatorial forests and have lived as fruit gatherers, and wild hunting using bows and arrows.

As their saying goes’’ A mutwa loves the forest as he loves his body’’, the Twa people protected the rainforests and never practiced any form of deforestation besides all the critics that they used to hunt and poach the mountain gorillas from Bwindi Impenetrable National park and Mgahinga national park. But the fact is that the Batwa people protected the rainforests until the Bantu tribes migrated into the area.

On their arrival, the Bantu tribal groups grazed their cattle, cultivated the lands and also cut down the rainforests and around 1992, the Batwa people were evicted from the forests after establishing it as a national park aiming at protecting the mountain gorillas. The eviction completely changed the lives of the Batwa people since they were made the conservation refugees something they were not used to. There skills and tools were no longer useful in the new environments which increased their sufferings since they were not even compensated in any form. All these happenings made some of them to resort to stealing, begging and also poaching thus being seen as thieves, drunkards, lazy and also pot smokers in the parts of Uganda where they live.

Ever since the eviction in 1992 where the Batwa people were refused to live in the forests, their cultures had begun to diminish till in 2011 where the Uganda Wildlife in union with USAID and also the embassy of Netherlands in Kampala started the Batwa cultural trail which is located in Mgahinga gorilla park.  On this trail, tourists who visit the park and also those with love for the cultural tourism are led by the Batwa locals through the forests and teach them the ancient gatherings and hunting ways.

This has highly helped to improve the ways of living of the Batwa since the Batwa guides give some of the percentage got from the Batwa trails fees to the other Batwas.

Besides the Batwa trails in Mgahinga national park, the Kellerman foundation also set up the Batwa experience outside Bwindi Impenetrable National park. Tourist can enjoy the experience after gorilla trekking and get to enjoy the Batwa cultural practices like dances, songs, clothing and also foods.

More still on the Batwa, in the south end of Bwindi forest, a village visit program and the Buninga Batwa forest walk were set up by International Gorilla Conservation program in hand with the Batwa community. This also continue to give tourists a chance to explore and enjoy the cultural and also traditional ways of the Batwa people. Note that Buninga forest is not park of Bwindi impenetrable forest but rather has almost the same species like primates, wildlife and also vegetation types.