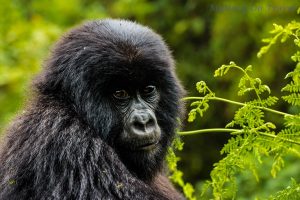 Are you wondering where to go when you travel to Rwanda, what you can see or even what to do? Volcanoes National park has got you covered. The park has got a high concentration of mountain gorillas as the main attraction, but also habitats other attractions like golden monkeys, bird species, community tours, Dian fossey Grave and others. A combination of these activities will surely make your safari to Rwanda a long story to tell.

These are the main attraction at the national park. The park habituates 10 gorilla groups for tourists to see and one group was set for research and its where the Kwita Izina baby gorilla naming ceremony is done. Among the gorilla groups include- Titus family, Susa group, Karisimbi group and Amahoro group, Amahoro group, Umubano group, Agashya group, Sabyinyo group, Kwitonda group, Ugenda group, Hirwa group, and Bwenge group. Due to this number of gorilla groups, the park issues out 18 permits per each day. Enjoy the gorilla trekking experience which involves searching for the mountain gorillas from their habitats- rainforests with the skilled guides. After allocating them, a traveler is allowed to spend some good time with them for about an hour and find out more about their lives like the feeding habits, sleeping habits and also take some pictures with them.

This is one of the must-see attractions in case one visits the republic of Rwanda. Genocide history reflects the massive killing of people belonging to the ethnic groups of Tutsi and Hutu. The incident of genocide took the lives of over 800,000 people in just 100 days. So the genocide site is where the remains of some people were kept.

Explore the twin lakes of Burere and Ruhondo located in the center of the park. Enjoy a boat ride on these lakes and get a clear view of the national park and other neighboring communities. 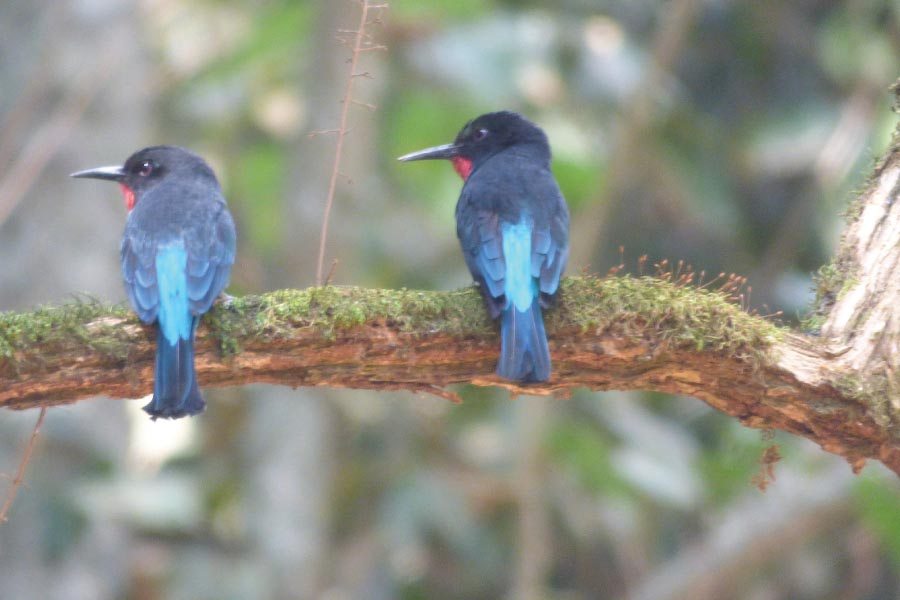 For the birders, here is a great opportunity where you are going to spot different bird species while having a boat ride on the twin lakes of Burere and Ruhondo and also when having a guided nature walk through the rainforests of the park. The park is a home to a numerous bird including the endemic birds like African green broadbill, Kivu ground thrush, Lagden’s bush-shrike and others.

How to reach to Volcanoes national park

Volcanoes national park is located in a village called Musanze previously known as Ruhengeri in Rwanda. The area can be accessed by both road and air transport. The journey from Kigali the capital of Rwanda to the park takes about 2 hours.

Make your safari more interesting and memorable by planning it with the skilled tour operators who have more knowledge about the Volcanoes National park and the republic of Rwanda at large.

Volcanoes National Park, the oldest National Park in Africa, was originally established in 1925 as a conservation area for Mountain Gorillas. It was originally very small, but soon after its establishment was expanded to its current size of approximately 160 km2 and divided over the border between Rwanda and the Congo. Today, the park is a famous starting point for Rwanda Safaris, the most well-known being Rwanda gorilla trekking.

Much of the world’s current knowledge about gorilla families comes from the park’s Karisoke Research Center, established by Dian Fossey, after security concerns drove her team out of the Congo in 1967. Fossey, an American Zoologist, dedicated her life to researching the Mountain Gorillas in the park and protecting them from poachers. Tragically, she was murdered in the park and buried there in 1985. The Center has expanded to employ more than 100 people and continues its research and advocacy work today. If you are interested in learning more about the Center and visiting with the researchers there, it can be reached in two hours on foot from the Tourist Information Center.

Today, the park is mainly known for tourism. Most of the revenue generated by the park is used for maintenance and wildlife conversation, and around ten percent is used to support local projects in the communities near the park.

Volcanoes National Park is best known for its Mountain Gorilla tracking tours, but its towering mountains and lush, diverse wildlife offer many additional activities for visitors.

The large altitudinal range in the park offers the visitor the chance to view a marvelous variety of vegetation, from wide grasslands to dense forests. This large variety in plant life supports a similar variety in wildlife. One can observe black-fronted duiker, buffalo, spotted hyena, bushbuck, and even elephants in the park. In addition to the Mountain Gorilla treks, there are daily Golden Monkey and chimp tracking tours on offer. One can also observe the baby gorilla naming ceremony, Kwita Izina, each year in September. Tourists can also seek out the almost 200 bird species residing in the park, 29 of which are endemic to the Rwenzori Mountains and the Virungas. For those seeking a high-altitude challenge, there are one- and two-day summit hikes to Mount Karisimbi, an inactive volcano, and Mount Bisoke, an active volcano. Nature lovers can also explore the many lakes and caves in the region.