Kwita Izina/ to give a Name.

This is Rwanda’s annual event (first week of September every year) open to the public where they give Baby Mountain Gorillas a unique identity/name and the newly named gentle giants are also given a symbol of prize of Rwanda’s success in conservation. This is done in Kingi –Volcanoes National Park where a large crowd of Rwandese turn up for the event, celebrities all over the World are invited and do perform to the crowd live, it’s such an exciting occasion in Rwanda regarding the Gorillas. 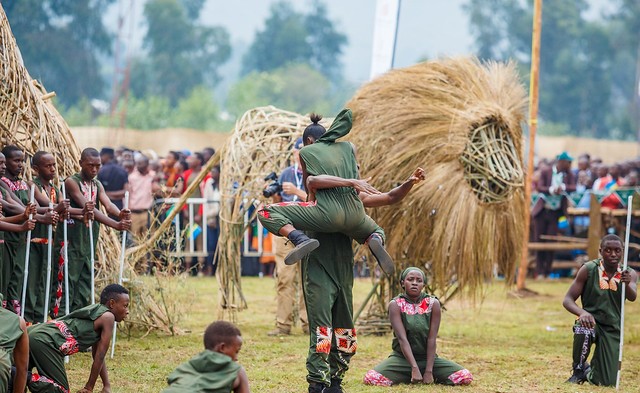 The Birth of a new baby Gorilla was a huge victory for the park rangers and the conservation experts who diligently dedicated their time, passion on /in protecting the critically endangered Gorilla in its Natural habitat. So they honoured the new-born mountain gorilla with an identity inspired by the circumstances of its birth, reflecting an age of the old naming culture fixed firmly in Rwanda’s tradition.

This Gorilla naming ceremony (Kwita Izina) being that it gathers leading global authorities, community stakeholders, high profile personalities, etc., it has become a Worldwide showcase for Rwanda’s industry of Tourism/ successful mountain Gorilla Conservation and its benefits to the local economy and community livelihoods.

Those who get involved in naming include Rwanda and International Conservationists, Sports personalities, Renown Philanthropists and Diplomats like one of the Baby Gorilla was named ‘Inkingi’ meaning pillar. No matter the name given but the Comprehensive message throughout the “KWITA IZINA” ceremony remains one Hope and Prosperity.

Importance of this ceremony for Rwanda and Africa at large. 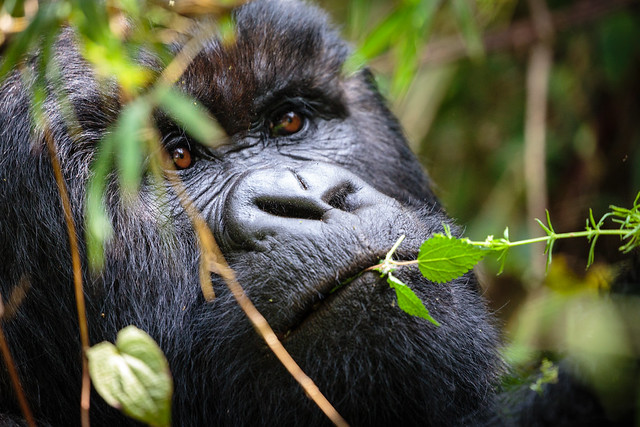 Due to this event there has been a total population of mountain Gorillas exceeding 1,000 representing the largest number ever recorded in Virunga Mountains-Volcanoes National Park in Rwanda, Mgahinga Gorilla National park in Uganda and Mikeno sector of Virunga National Park in the DRC.

Having almost half of this population Habituated in Rwanda-Volcanoes National Park, this ceremony/event does honor the new born mountain gorillas to enjoy and celebrate the success of intensive conservation over the years and also plan for the future as the species recovers.

Kwita Izina was moved from a one-day Gorilla naming occasion to a full week of Conservation and Tourism event, and this has powerfully boosted Tourism industry in Rwanda thus getting very many individuals out of Poverty.

Experience the best safari at Nyungwe forest national park. Having the best experience that…