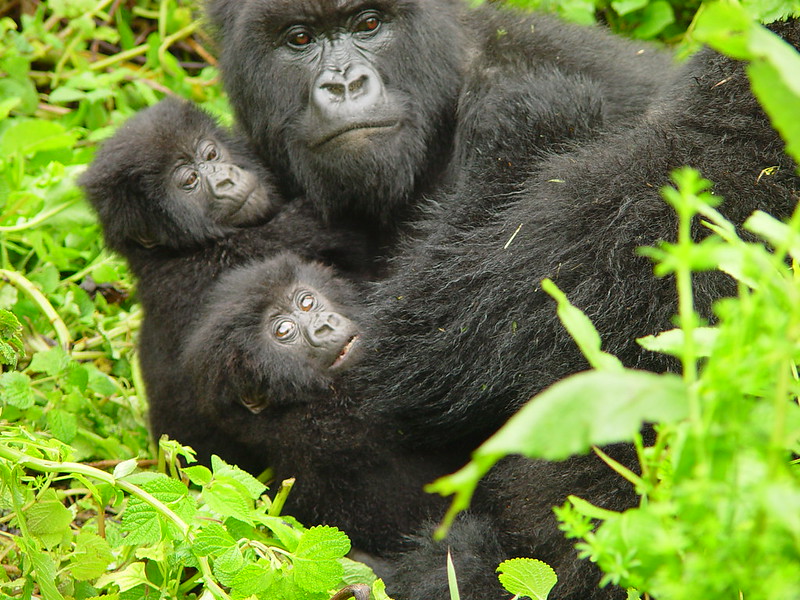 Bwindi impenetrable National park inhabits the highest number of gorillas harboring almost half of the world’s gorillas with about 19 gorilla families habituated in different sectors of Ruhijja, Buhoma, Nkuringo and Rushaga sectors. The park is located in the south western direction of Uganda in Kanungu district that is 7-8-hour drive from Uganda’s capital.

Mgahinga National park habituates only one gorilla family called Nyakagezi with two silverbacks. The park is located in southwestern Uganda along the borders of Uganda, Rwanda and D.R. Congo. Before having a gorilla tour, many tourists tend to ask themselves a lot of questions about gorillas which include the following;

What is gorilla trekking?

This is defined as a hike and walk through the tropical forests of the park in search of the mountain gorillas by the lead of the game ranger. The activity is done throughout the year but the best time for it is dry season since during the rainy season, the activity is challenging due to the overgrown vegetations and muddy surfaces.

What is gorilla habituation?

Is the process of introducing mountain gorillas to the presence of humans for research and conservation purposes. The gorilla habituation experience allows visitors to spend about 4 hours with the gorilla families in their natural habitat which is Bwindi Impenetrable and Mgahinga national park.

What are gorillas afraid of?

Mountain gorillas are much scared of reptiles like chameleons and caterpillars. They are also scared of waters and can only cross the streams after noticing that they won’t get wet.

What is the life expectancy of the mountain gorillas?

The life expectancy of a gorilla is at an average of 35-40 years but when in captive, mountain gorillas can live for more than 50years. When they reach three and half years old, the mountain gorillas are classified as infants and adults at around 8years.

What do gorillas eat?

Mountain gorillas are herbivorous animals and mostly feed on the tree stems, bamboo shoots and fruits.

How do gorillas protect themselves from attacks?

Since the mountain gorillas have human like features, they hold sharp sticks from the forests and throw them to their predators as they run for covers and hiding.

How do mountain gorillas communicate?

Having got the human like features, the mountain gorillas use different methods to communicate like body postures, facial expressions and also vocalizations.

What are the different threats that gorillas face?

The mountain gorillas face the threats of poaching, habitat degradation due to human factors like mining, agriculture and also diseases.

Where are the gorillas found?

Mountain gorillas are only found in the dense forests around the Virunga mountains in Rwanda, Uganda and Democratic Republic of Congo in Bwindi impenetrable national park and Mgahinga national park.

Do you always bathe the gorillas and clean their soft hair?

As the mountain gorillas grow, they groom themselves to clean their bodies and remove the loose hair and the dead skin.

How strong are mountain gorillas?

The gorillas are believed to be 10 times stronger than an adult male human being thus being a strong reason for their keepers to be much responsible and cautious while with them.

How much do mountain gorillas weigh?

An adult male mountain gorilla may weigh up to 220kg and females weigh about 97.7kg.

When planning to have a gorilla tour in Uganda, the above are some of the FAQ questions and answers about the mountain gorillas.